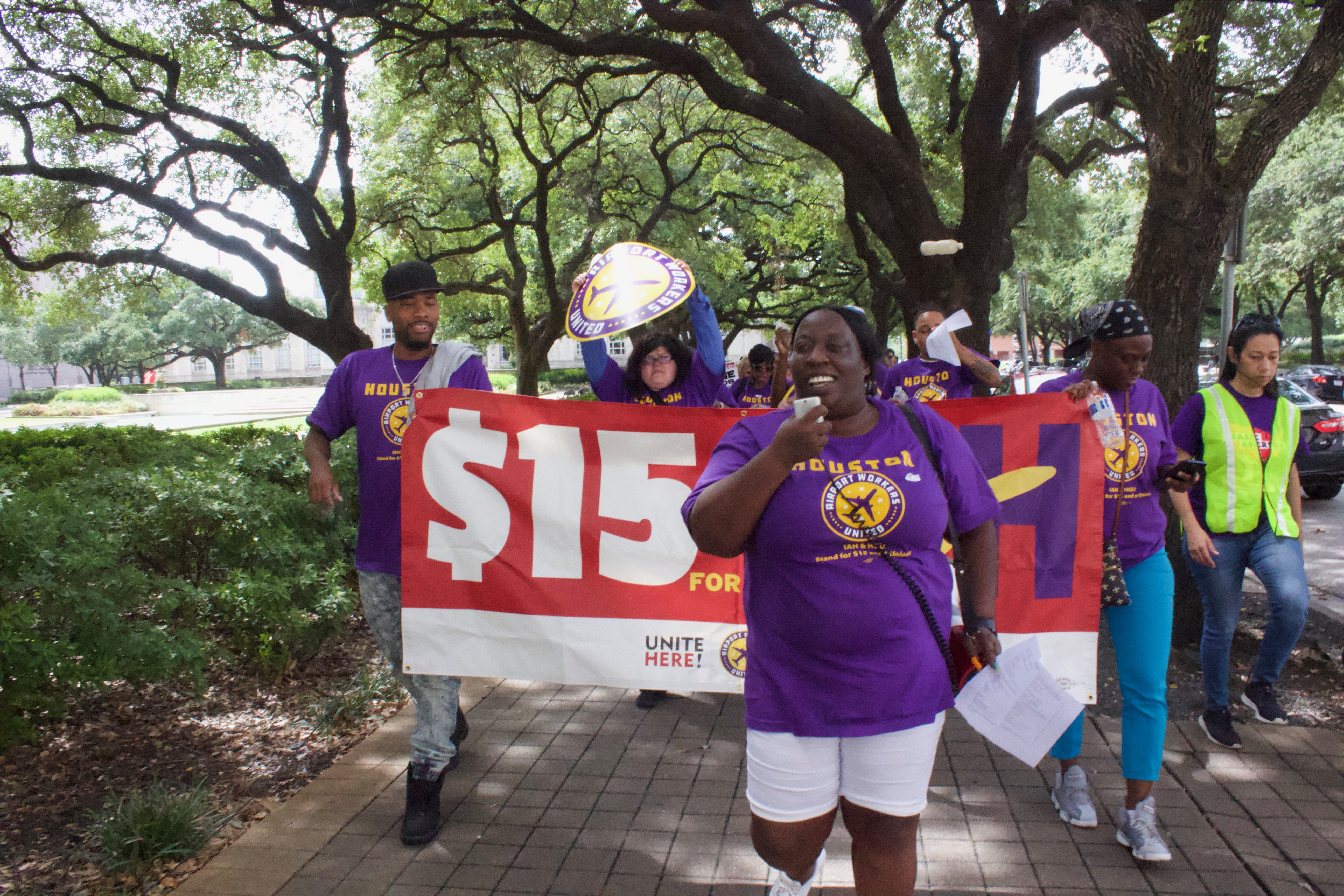 Baggage handlers, catering workers, cabin cleaners, wheelchair attendants and other airport workers in Houston took a major step forward in their fight for $15 and a union, as Mayor Sylvester Turner signed an executive order that raises wages to $12 an hour by 2021—a 65% increase for those currently paid the minimum wage. The policy will raise wages for nearly 8,000 airport workers at George Bush Intercontinental Airport, United Airlines’ second-busiest hub, and William P. Hobby Airport. This is the most recent victory in an unprecedented winning streak for airport workers, giving hope to working people everywhere that joining together for good union jobs pays off every time.

“I’m proud to have stood with my co-workers to fight for this historic change at our airports, and I’m thankful that Mayor Turner is standing with working people like me,” said Teresa McClatchie, a passenger service worker at Bush Airport. “This raise is a victory, and we will continue our fight for $15 and a union for all airport workers. I’ve worked at IAH for 4 years making just $9 an hour, and every month is a struggle to make ends meet. This raise will help lighten the real stress of juggling bills like rent, food, gas and utilities when the cost of living has skyrocketed in Houston.”